Thank you to all of you for your amazing feedback!
After a busy week, we start the first collection day on Thursday 4th of June at 6.00PM

Just for you, we are opened on Monday 1st June. !
As you know, Any order received after 2pm on Sunday, will be prepared for Monday lunch.
Last order for Monday evening, is 2PM (subject to availability)

For this special week, until Monday 1st of June, The World Gate has prepared three specials.

New dishes. For the Sea lover and Meat lover. !!!

There is no reason to keep having the same meal everyday. You deserve better !

A - for the sea lover:"Scallops ravioli with langoustine sauce. Comes with Baby leaves".Light and full of flavor!

B - also we have this week,a very tender and delicious piece of Pork, coming straight from our Drogheda Butcher. " Pork cheeks cooked with Irish cider & White wine".

C - And for the whole family, we are preparing a PRIME RIB (tomahawk). or RIB EYE Grilled.

and why not to be cooked on your barbecue for this Sundau monday bank holiday? OMG !

Treat yourself This week !

RIB-EYE by the World Gate

date of release : 6th of May 2020
Our headchef Thomas is delighted to present you, this week, a beautiful RIB EYE masterpiece, chosen by Eddy Tuites Butcher. 1kg.
The piece will be prepared (pre cut and pre cooked) ready to be finished in your oven!
You will decide how you like it to be cooked. From rare to medium ( instruction will be provided).
Served with baby potatoes and many other sides...
Come with, the most beautiful french sauce : The Béarnaise.
To share between 3,4 people or 2 Meat lover!
Only 67€the whole meal !

Spring is around us, this is time to change...
As it's getting warm, we have now added terrine into our starter.
It's fresh, light, healthy. It's all about the sauce of the terrine.

Our new recipe : a duet of fresh  strawberries tarts

We have a crunchy base with a Vanilla creme that soft the taste and refreshing  taste of a lovely fruit.
Strawberries ?  because Is it not the season ?

To view the real and updated menu TAKE AWAY. Please goes to the page called TAKE AWAY.

Below, you may see the first take away offered on the first days of confinement.

To continue enjoying our cuisine in a safe environment, we can offer you this short menu:
Unfortunately, we cannot serve certain dishes as the quality will not as per our standard

All the mains served with baby Potatoes, basmati Rice or leaves.

1 - send your menu request
with your detail ( Name,with your phone if possible)

In your email, You may want to copy/past the template proposed below


2 - Payment
To reduce the cash usage, we recommend :

*Please prepare the exact amount when collecting
*Online payment : We will send you an internet invoice totally secured by PayPal.
Minimum order wished 25€.


As we don't want to re open to public yet for safety reason, why not having your meal ready to go ? So you can still enjoy the World gate flavor / cuisine at home ?

We are thinking putting in place a system, where :

1 - this safe to come & collect your menu as per HSE recommendation
2 - with less cash handling
3 - a good variety of dishes from the starter to dessert!
4 - be in contact with fewer people.
5 - at discount price.
6 - an easy way to place your order

Everything as soon as next Wednesday 25th of March !

we will keep you updated !


If you are a wine lover or you wish tasting a superior wine, this event is for you.!

For the first time, The World Gate restaurant will combine a selection of great wine and "grand cru" with selected dishes especially made for this occasion.
The year, the cepage, the expression of the wine will embrace the associated meal.

The set menu will be made of 4 dishes with 4 glasses of wine.

more information will be posted soon. pre-booking is now available
-----

The event was fully booked. Thank you !
We hope you have enjoyed our little extra made for this special night : Live jazz music and roses offered to our ladies.

"The newest business in the village sits just inside the aegis of the estate: The world Gate restaurant opened in December. It is a French eatery run b Stan d'Anthouard, who comes from Picardy, in France and spent 12 years working for a multinational in Dundalk. " The menu in many places was very similar, I thought there was an opportunity for a different experience," he says. A long search for a suitable chef eventually brought chef Thomas to Ireland, from a Michelin two-star restaurant in France.
"My ambition is always to produce simple, attractively presented food, sourced from suppliers within 10km of the restaurant," says Thomas.
"I've been in Ireland for only three months, but already when I walk down through Termonfeckin, everybody calls me by name. I do like to converse with the customers, to see their reaction to the menu, and I find the people so friendly. I've already been invited to play golf, and I'm looking forward to it".


Have a romantic evening at the World Gate !

to be continued with..
Fattened chicken and morels (Mushroom) cream

Let's finish with a sweet note...
A Raspberries and Red fruit Millefeuilles

Why not starting off on the first floor with some appetizers, then dining on the ground floor and finishing off, upstairs for the cake and coffee ? 15 / 25 / 35 People. the more we are, the better is this event !

The chef Thomas presents
his menu for the New year eve

Restaurant can be privatized for a large group.
Up to 30 people (seated); more when a buffet is set.
Dinning room; function room and 1st floor available ( living room) 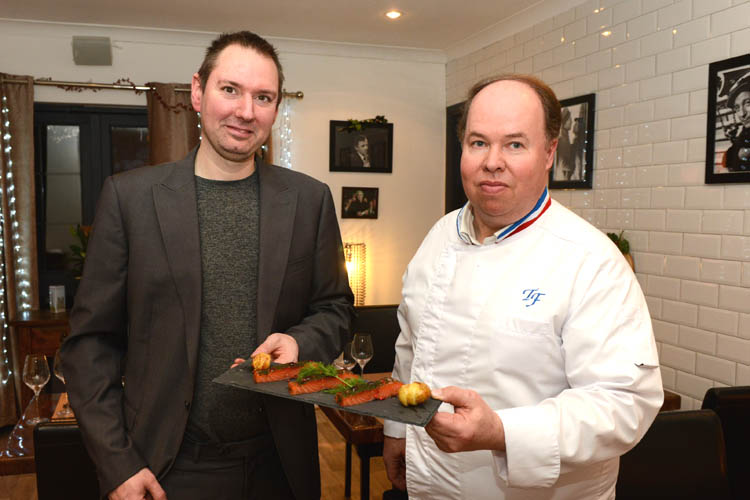 The World Gate Restaurant opened its doors for business for the first time yesterday in Termonfeckin. The proprietors are two French men, Stan and Thomas, who are both very ambitious and have their sights set on achieving a Michelin star. At least one!

Stanislaus (Stan) Danthouard and Thomas Fleury have put many weeks of hard work preparing for their new venture and were both very pleased with the turnout for a special official opening event which took place last Sunday.

“We were delighted with the turnout” said Stan. “There were about 300 people through the door on the day including the Mayor and the Deputy Mayor.

“All the food we prepared was eaten and we got some very encouraging comments” said Thomas who is classically trained in French Cuisine and has worked in the business for 22 years in restaurants all over the world including Germany, Spain. USA and of course, France.

Thomas’ last job was as chef in the world renowned three Michelin starred restaurant L’Esperance in the French town of Vezelay in the north-central French region of Bourgogne-Franche-Comté.

The pair have some great ambitions for their new business at the very heart of which is great cuisine. They boast that The World Gate is the only restaurant serving genuine French cuisine in Counties Louth and Meath and North Dublin.

“I want to introduce the people of the locality to a new style of cuisine, one that they may not have experienced before” said Chef Thomas.

“I’ll be using only the freshest of ingredients and all of it is being sourced within ten kilometres of the restaurant.

The interior of the new World Gate Restaurant with Stan getting ready for the first service.

The Mantra at The World Gate, which is just inside the gates of An Grianan, is fresh and local served up at a price that is affordable. The ambition is to achieve a Michelin Star. “At least one!” Thomas laughs.

The overriding theme is French but Stan and Thomas will also be doing special Spanish, Portuguese and other European nights with musical accompaniment from time to time.

“It will be Spanish or Portuguese alright, but cooked with a French Technique!” says Thomas.

Stan, who is from the Picardy region of France, is a business studies graduate and has been living and working for multi nationals in Ireland for the past 12 years.

He has long wanted to open his own business and he spotted what he considers to be a gap in the market for a restaurant offering genuine French cuisine at a reasonable price.

“Together Thomas and I will bring new dishes to an Irish clientele” he said. “We’ll be providing what will be a new dining experience to many Irish people. We hope to grow the business slowly and bring change slowly over time.” 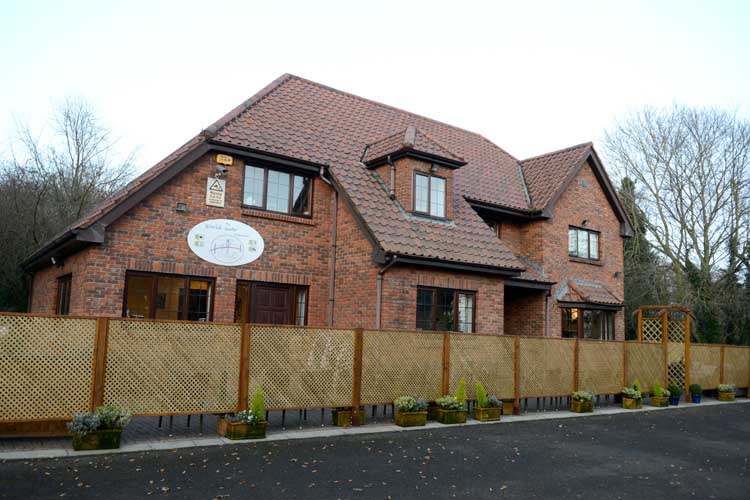 The World Gate Restaurant which is just inside the gates of An Grianan in Termonfeckin.

Enjoy a sample of our menu.